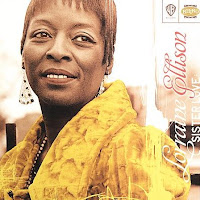 Lorraine Ellison is almost a perfect cult soul singer: she was blessed with a unique, powerful voice, she had two stone-cold classics to her name -1966's 'Stay with Me' and 'Try (Just a Little Bit Harder),' which was later popularized by Janis Joplin - which is enough success to get her remembered by aficionados but not enough to make her a star. It's also enough to suggest that Ellison deserved to be a star, that she had the talent and the material that deserved a wider audience, but like a lot of artists with a cult following, she's a great talent that may be an acquired taste for most listeners. This exhaustive three-disc set, which was originally released in a limited run of 5000 copies, certainly suggests as much. For Ellison devotees, this is pretty much the Holy Grail, since it represents the first time all of her prime material has been released on CD. It has her first three LPs - the 1966 debut Introducing Miss Lorraine Ellison b/w Heart & Soul and 1969's Stay with Me, both produced by Jerry Ragovoy, and the Ted Templeton-produced 1974 album Lorraine Ellison - plus various singles and sessions from the early '70s, a bunch of rarities and a 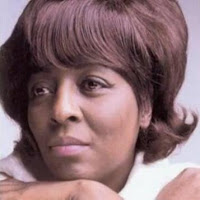 whole disc of unreleased demos from 1972. This certainly fills the need that devoted Ellison fans have and in some ways exceeds their expectations, since it contains some wonderful rarities, just like the slow-burning 'Haven't I Been Good to You,' recorded in 1967; the loose, funky, gospel-inflected 'Woman, Loose My Man' from 1970; the Al Kooper written and produced 'Let Me Love You,' a 1970 session which is paired with 'Doin' Me Dirty,' taken from the same sessions and originally released on the Ichiban compilation I have already posted in my other blog; 'Dear John,' recorded at Muscle Shoals in 1970; a version of Carole King's 'You've Got a Friend' from 1971; and three outtakes from the Templeton album, 'When You Count the Ones You Love,' 'Sister Love,' 'Sweet Years' . It also includes the rarities that showed up on previous comps, the disc of stark piano-and-voice demos and three songs I added as bonus tracks at the end of disc 1: both sides of the 1966 single 'I Dig You Baby' b/w 'Don't Let It Go to Your Head' & the Northern Soul stomper 'Call Me (Anytime You Need Some Lovin')'. Certainly Sister Love not only will satisfy Ellison's cult, but will also convert some of the curious, since it does illustrate that she was an artist with a broad range and specific gifts as a writer and a singer. http://www.allmusic.com/
aa
aa